Over the decades it has remained an Isle of Man constant in the face of a number of global financial crises, a world war and this year’s coronavirus pandemic, and aims to continue doing so in the future, whatever that may hold.

Founded in 1935 under the name Conister Trust, the independent bank has always put the island’s community at the forefront of everything it does.

Nothing illustrated that more than earlier this year, when the Covid-19 lockdown took hold, and Conister Bank set aside £10 million to provide loans of up to £500,000 for businesses negatively impacted by the coronavirus and the cancellation of the TT.

Managing Director Douglas Grant said: ‘Our actions earlier in the year are reflective of the direction we are taking.

‘We want to take responsibility for future generations and be an active part of the solution to whatever challenges arise.’

He added: ‘In 2021 we will demonstrate our commitment to increasing awareness by encouraging our staff and the wider community to help bring about a more climate-friendly economy.’

Douglas said: ‘From its inception as Conister Trust, and now Conister Bank, we have always played a crucial role in the community.

‘Our future vision sees us playing our part in helping to create a sustainable future for the generations that follow.’

As well as committing to the Green Finance and renewables industry, the bank will improve its lending proposition.

‘We are a community bank and a financial institution that is prepared to take responsibility for the preservation of our environment,’ Douglas added.

Conister Bank began life in the Isle of Man as Conister Trust in 1935, when George V was on the throne and the prototype of the Spitfire was built.

It started up on December 5, 1935, in Athol Street, and its directors included T.R. Radcliffe – the then editor of Isle of Man Examiner, J. Ashton from Ashton Garage Ltd, which later became Mylchreest Motors, and R. S. Homes, a Castletown baker.

Under founder manager Arthur Faragher, the aim was to provide hire purchase finance to car dealers in the Isle of Man whose only previous option had been to look to UK companies for their needs. The first transaction was from Ramsey Motors Ltd and was to finance the purchase of a Bedford van.

At the company’s first annual meeting, in 1936, Mr Radcliffe is reported in the Isle of Man Times to have said: ‘Hire purchase is here to stay and is growing in volume.’

The Times report also stated: ‘Mr Radcliffe remarked that at the outset there had been a disposition in some quarters to fear that the introduction of a local finance company would not be welcomed by the borrower but that had proved almost groundless.’

It was in 1936 that Conister moved into the original Victory House in Prospect Hill, Douglas.

Over the years, the business has expanded its product offering, but never turned its back on its roots.

In 1964, the business moved into Conister House in Finch Road, Douglas, and although it has moved again since then – to premises in Isle of Man Business Park in 2007 before locating at its current headquarters, Clarendon House in Douglas, in 2011 – it has always stayed close to the capital.

The name Conister Trust was taken from Conister Rock in Douglas Bay, home of the Tower of Refuge, and which can be seen from Victoria Street, where Conister Bank’s Clarendon House headquarters are located.

Just as the Conister Rock and the Tower of Refuge represent a haven of safety during crisis, Conister Bank has proved itself able to be a similar beacon during difficult times, as illustrated by its support for businesses during the lockdown.

The name Conister Bank Limited was adopted on October 19, 2009

Douglas said: ‘Conister Bank, and Conister Trust before it, has a proud history of supporting the Isle of Man in whether we are in settled times or in the unpredictable world we have found ourselves in this year.

‘Our personnel and location may have changed over the decades, but the Conister core values remain the same.’

Key among those, he said, are courtesy, safety and integrity.

As an independent bank, Conister is able to tailor products to the specific needs of businesses in the community.

He added: ‘As the island’s community bank, we committed to transparency and acting ethically.

‘We believe banks should always put the customer first. That’s why we will always seek to find solutions that suit, rather than selling products that do not work.’

The Board of MFG is pleased to announce that it has approved the introduction of a Dividend Scheme.

Conister has lent £9 million through the British Business Bank’s BBLS. 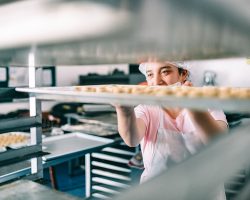 Quantitative easing and extended government support are vital for SMEs’ survival, but repaying their debt remains a challenge

You can find out more about which cookies we are using or switch them off in settings.

This website uses cookies so that we can provide you with the best user experience possible. Cookie information is stored in your browser and performs functions such as recognising you when you return to our website and helping our team to understand which sections of the website you find most interesting and useful.

Strictly Necessary Cookie should be enabled at all times so that we can save your preferences for cookie settings.

If you disable this cookie, we will not be able to save your preferences. This means that every time you visit this website you will need to enable or disable cookies again.

This website uses Google Analytics to collect anonymous information such as the number of visitors to the site, and the most popular pages.

Please enable Strictly Necessary Cookies first so that we can save your preferences!